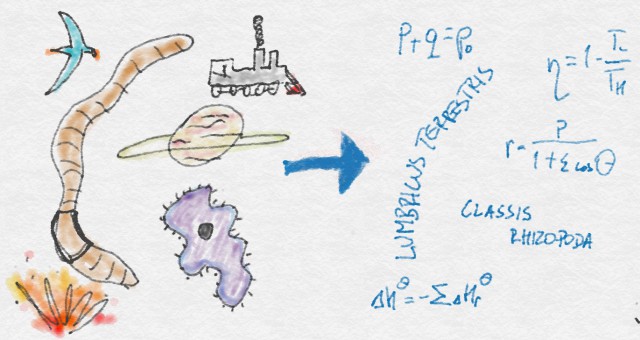 The teaching of Science is in crisis- is stated several times by several people. The EU and the US are starting project after project to solve the problem, the programs (like the ones collected on the Scientix portal) mostly try to popularize the study of Science and scientific careers, because the falling number of experts is a disadvantage in the global economic competition, right now China leads in the number of patents submitted per year in the world and Europe is far behind. The popularity of the scientific careers is in inverse ratio with the Human Development Index of the country (http://roseproject.no/), in Norway and in Japan students are not interested in becoming researchers or engineers, while they dram of that in Gabon and in Swaziland.

There are different views about the causes of this strange paradox (the more advanced a country is in technology the less interested are its students in it) but no clear answer can be given based on rigorous research. Some say that the development of a society increases its philanthropy, the interest in an aesthetic self-realization. Others quote Clarks 3rd law (stated by science-fiction writer Arthur C. Clarke): “Any sufficiently advanced technology is indistinguishable from magic.” and point to the fact that the technology we are using in our daily life (the Internet, mobile phones, MRI and voice recognition to name a few) is far beyond the scope of high school Science and so beyond the grasp of a student. There is yet an other view stating that the people in developed societies are simply too lazy to take the intellectual effort needed for the study of these subjects (this view implies that other fields like the humanities or business would need less effort, which is really questionable). And naturally lot of people say that the root of the problem is in education.

There is no reason to deny it, Science education is not perfect, there are a lot of programs and projects trying to reform STEM education. Some even go further and suggest to think in STEAM education incorporating Arts in the mix, thus stating in practice that education as a whole needs rethinking, but let is stay with the narrower scope of STEM subjects and their reform. All four years old children are active researchers: they examine the behavior of animals (what will happen if I pull the tail of the cat?), experiment with materials (what will I get if I mix Coke and broccoli soup?), they love dinosaurs and are enchanted by the stories about planets and stars. Then they start school and this enthusiasm fades somehow. The child who happily examined the earthworm a couple of years before is now disgusted by it. They learn sexual stereotypes: science is for boys (even if girls are performing better from it in the first grades). Something goes wrong, but what is it exactly?

To understand the problem it is important to identify all of its symptoms, it is true that the number of students studying mathematics or chemistry is decreasing, but there are other signs of the problem we should pay attention to. The trouble with STEM education is more obvious if we look at the horoscopes in the magazines, the volume of homeopathic “medicine” sold or the hysteria surrounding inoculations. All of these (astrology, homeopathy and the anti-jab myths) are clearly refuted by the facts taught in primary Science classes, anyone who had 8 years of education should see them as nonsense. Still a lot of people believe in them which show that they either have not learned the basics of Science in school or that they do not think that things learned there would be applicable to their everyday life. School not just dulls the interest of children in Science but fails in its most basic function: giving a scientific literacy to students.

One of the components of this failure is that the Science learned in school rarely meets everyday experiences. Someone who has a secondary education in Science could think that all bodies are point-like masses and they move without friction, all gases are ideal and there is one type of unicellular organism, the Paramecium. This is in clear contrast with what they experience. The heliocentric model is taught most of the time without mentioning any of its proofs (the retrograde motion of planets), but we expect children to believe it (though it contradicts what they see with their eyes). It not a surprise that they do not see connection between the things they learn in school and the everyday life, school knowledge is just applicable to the school but bot outside it. Things get worse when we take mathematical modelling to the Science classes, calculations are still unconnected to real experiences and the physics and chemistry problems are just a new way to fail for the students. At the same time we make them believe that what we have in the Science class is Science, what they do there is what a scientist does all the time. Nothing is farther from the truth though, a scientist is tackling unsolved problems, finding ways to ask and answer new questions while the students has to memorize rules, facts and procedures. By secondary school most of the students feel it unfair if we give them a problem they have not learned the solution for before. The teaching of the scientific method is missing from our curriculum (at least here in Hungary), while this should be the competence the subject could develop. The history of Science is also put a marginal role in the curriculum, so the students even if they do not practice the scientific method can not learn about how it was used to get to conclusion we present them. No wonder that the facts learned in the Science class are the same for them as the ones learned from Literature, an opinion you can agree or disagree with. We can get the feeling that the ones choosing careers in STEM are not doing it because of they learned in school but in spite of it. They are the few who can preserve their interest in the nature world after all the physics, chemistry and biology lessons.

There are several among the projects mentioned before (and almost all such programs in Hungary) which target the talented, interested students orienting them towards STEM careers. The special programs for gifted students, the competitions for young researchers, the chemistry, physics and mathematics Olympiads are all calling them to participate. Lots of times the quality of the teachers is measured by the success of the students on such competitions. But as the number of gold medals won by a country do not say anything about the fitness of the population, the results on these events do not indicate the general scientific literacy. Besides paying attention to the gifted students it would be important to pay attentions to the ones we have lost for Science with our education. We should concentrate on preserving even awakening talent in our students, not just developing it. To do that we have to rethink Science education from the basis to the top: How can we preserve the interest in Science all pre-schoolers have? How can we bring Science closer to real life experiences? What should we teach to give a knowledge valid outside of the school? What can we offer to the ones who are not interested in the traditional methods we use? There a lot of ideas to answer these questions, problem and inquiry-based learning are one as the integrated Science subject too. These can help in keeping more students interested in Science, and can also help in immunizing them against pseudo-science and in the end orienting them towards STEM careers. But first we should decide what are the symptoms of the crises (the number of Mathematics graduates or the volume of homeopathic remedies sold) and based on that make a diagnosis and design the therapy.