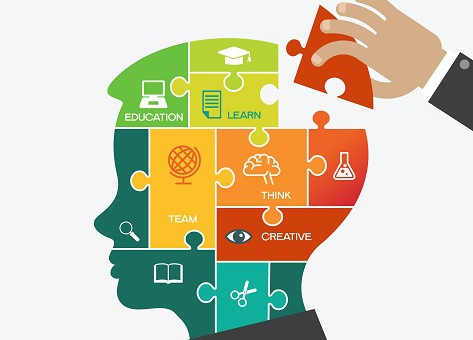 The students have changed. We can hear this from the teachers and parents as well and some researcher are enforce this statement with generation theory. But if we look carefully we can find several signs which make the picture more complex than generation separated by solid walls. For example I know more office features for mobiles than my students and there are several baby-boomer who like computer games just like a teenagers. So if the habits and values didn’t divide clearly the generations what are the real differences? Can the Science say something exact? Partly yes.

Now the brain science has plenty modern tool e.g. CT and other imaging machines. These offer new opportunities to investigate the brain but we can’t compare because we don’t have result from the past. But there are some relatively new fact. The most important is the brain looks like far more adaptive than the scientists thought. The mind, the IQ and other subsystems were considered relatively steady but new researches say it is far from the truth. These abilities and the structure of the brain can be changed by activities but there is a bad news. The size of the brain is limited by the skull (at least when we grow up) so if some function grows others have to decrease. This process gives the background of the changing generations. Our brain is influenced by the activities and the environment and the new generation has an utterly new environment in our high-speed society. Let’s see how it is changed them!

It’s completely not true. They can if they are interested. I saw several teenagers play Flappy Bird for hours which looks insane in my perspective and I wouldn’t be able to do it more than 2 minutes. If these kids were the teachers they would say I can’t concentrate for a long time.

The type of their curiosity is changed. As the childhood is disappearing the rationality of the “grown-up world” appears in the school. The interests are based upon the benefits. “Why do I need this? Why is it good to know?” They want to (or would like to) know why they are learning what they are learning. And they want to know it immediately.

Like the previous point. They always need to know where they have to go why they have to do it and if the aim not worth it they won’t reach it.

In a strict way it is true. They can’t sit or stand still during a boring lesson or a in a queue. The previous generations had the drive to do something also (sending small letters in the class) but didn’t have such an effective tool like the mobile phone or the internet. Now the students are eager to communicate their thoughts and feelings and to get new information. They can’t stand loosing time so if the presenter repeating himself they fly away at least in mind.

They can just they simply don’t want to. The demand of collaborative working is rising among the students. Several psychological reason could be behind this but the deep investigation not our aim now. The trend is clear and in this case fortunately the business expectation is the same: they need collaborative workers.

This article is based upon a book: Norman Doidge The Brain That Changes Itself.