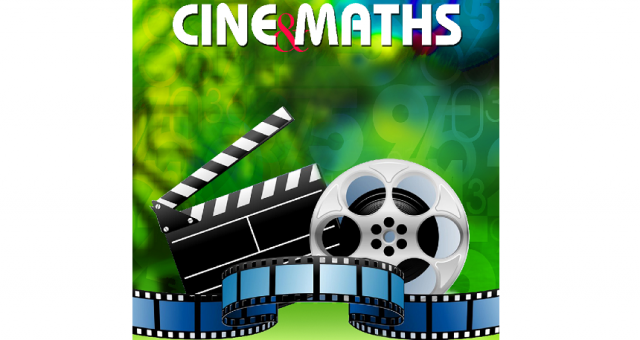 “Mathematics is the alphabet with which God has written the Universe”. With this quote from Galileo Galilei, we would like to emphasize the importance of Mathematical principles and concepts, which have become a part of almost every area of work. However, many students have problems acquiring Mathematics skills. Learning difficulties in Mathematics is one of the causes of the school failure, and sometimes can even cause the early school leaving. Analyzing the causes of that situation we find two significant reasons: the lack of attractiveness of the subject, and that students do not find a correlation between the subject and the real life. This project seeks to offer teachers measures to combat these problems. On the other hand, nowadays visual thinking becomes more important and watching films is one of the favorite hobbies to young people. Educational community should learn to use it, as well as other audiovisual medias, ICT, social networks… in order to adapt their methodology to the changing times. In view of this situation the project “Cinemaths Paradise” arises.

Students and teachers from four schools: IES Alcantara (Spain: coordinator of the project), Lycée Carriat (France), Agerbæk School (Denmark) and Evangeliki School of Smyrna (Greece) will work together in order to provide a fun and enjoyable way to learn mathematics through movies, will enhance motivation of students in learning mathematics and make them conscious of the presence of mathematics in real life.  Besides, as the project will focus on European movies, it will promote European culture through the seventh art: the cinema and give the students a feeling of being a European citizen. Students and teachers develop a new methodology and provide educational techniques that enable an effective use of movies in math classes.

“Cinemaths Paradise” is based on a collaborative methodology that will ensure the quality of the resources. Each activity is coordinated by one partner who will prepare collaborative activities which will take different forms: games, quizzes, web-quests, maths races, creation of maths problems, realizations of videos, production of mind-maps, debates, cooperative productions, remake of the scenes, video presentations, street interviews, etc. The collaborative activities will be carried out in multinational groups during the meetings, reproduced in each school after the meetings and improved according to the feedback given. Resources are available through the following link: http://cinemath.webnode.com/

Activities (in English and Greek language) of Model High School Evangeliki of Smyrna for “ Cinemaths Paradise” project are available through this link and this link and you can also check our  YouTube channel. Last, a very interesting short movie that students prepare in order to present their views about mathematics can be found here.

Four mathematicians who do not know each other are invited by an unknown person in a summit on the pretext of resolving a great enigma. The room in which they met turns out to be part of a well-organized plan that seems to want them dead if they do not promptly discover not only the answers to the riddles put to them, but also the events that appear to link them together.

2. DIRECTOR-PROTAGONISTS and YEAR OF RELEASE

The names of mathematics remain unknown throughout the course of the film. They are known with the names that their unknown host, ”Fermat” (the name of the homonyms great French mathematician), gives them. The nicknames of the four guests are these of three important mathematical (Évariste Galois, David Hilbert and Blaise Pascal) and the name of a Spanish writer, who specialized in holistic medicine philosophy (Oliva Sabuco).

Four mathematicians, whose real names are never revealed during the film, are called by a mysterious person in a meeting to solve a big mathematical problem, with the condition to solve a mathematical puzzle that the host sent them himself. When they arrive at the meeting point (a house in the Spanish countryside), the mysterious man appears himself as ”Fermat ”. After chatting for some time on academic mathematical topics, Fermat receives a phone call and he is forced to leave, under the pretext that his daughter is in hospital in a critical condition.

Then a personal digital guide informs the four mathematicians that they have a set time to solve six math riddles. After solving the first puzzle, exceeding the specified time (1 minute for each puzzle), they discover that the walls constrict whenever they exceed the time available. While the four mathematicians are solving the puzzles, the past of each one of them is revealed and the motivation of Fermat to kill them.

6. HOW UNDERSTANDABLE THE FILM WAS

The movie was quite understandable.  The mathematical puzzles which are presented in the film are quite simple and are based on logic. The first clue is remarkable because the solution is based entirely on logic. What is the order of numbers: 8, 5, 4, 9, 1, 7, 6, 3, 2. Solution: in English and Spanish these numbers are sorted in alphabetical order (Eight, Five, Four, Nine, One, Seven, Six, Three, Two).

7. HOW INTERESTING THE FILM WAS

The project was captivating throughout its duration and caused great anxiety to the viewer. However, the effort that is made by the protagonists in order to survive reduces the viewer’s interest in the mathematical puzzles, as he looks forward to the outcome of the film.

We learned that mathematics does not rely only on operations but also on logical thinking. We saw that the person who is calm and thinks logically can overcome every obstacle and difficulty.

(*The third and last part of the “European movies in teaching and learning Mathematics” will be available on the next Scientix post! Check it out!)